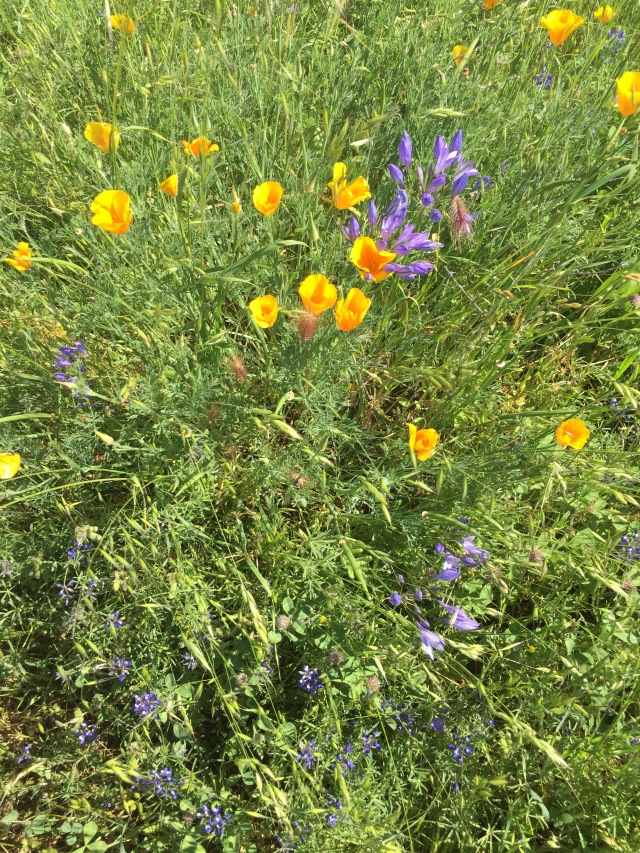 Have you ever considered a field full of wildflowers as an inheritance? Joshua died and was buried in a place like that. Interestingly, Joseph was also buried in his inheritance (Shechem) where he never rested until finally laid to rest (since he worked his whole life in Egypt). Wherever God has provided as your inheritance will be a place of true rest! In the meantime, His kingdom come and His will be done is the theme of our lifesong as we trust His glorious purpose for our lives. -Teresa

After these things Joshua the son of Nun, the servant of the Lord, died, being 110 years old. 30 And they buried him in his own inheritance at Timnath-serah, which is in the hill country of Ephraim, north of the mountain of Gaash.

31 Israel served the Lord all the days of Joshua, and all the days of the elders who outlived Joshua and had known all the work that the Lord did for Israel.
32 As for the bones of Joseph, which the people of Israel brought up from Egypt, they buried them at Shechem, in the piece of land that Jacob bought from the sons of Hamor the father of Shechem for a hundred pieces of money.[b] It became an inheritance of the descendants of Joseph.
33 And Eleazar the son of Aaron died, and they buried him at Gibeah, the town of Phinehas his son, which had been given him in the hill country of Ephraim.