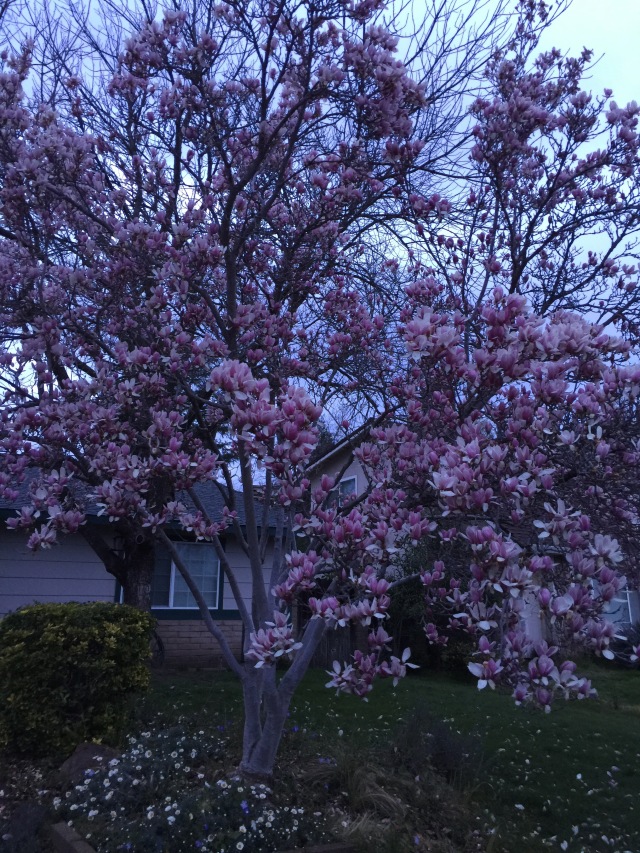 The night sky turned to dawn as my husband and I walked past this beautiful tulip tree. Once, Jesus spent the whole night in prayer ready to choose twelve who would carry on His ministry. He then healed those who not only sought him out but who were suffering. Power came out from Him. – Teresa #timeinprayer

12 In these days he went out to the mountain to pray, and all night he continued in prayer to God. 13 And when day came, he called his disciples and chose from them twelve, whom he named apostles: 14 Simon, whom he named Peter, and Andrew his brother, and James and John, and Philip, and Bartholomew, 15 and Matthew, and Thomas, and James the son of Alphaeus, and Simon who was called the Zealot, 16 and Judas the son of James, and Judas Iscariot, who became a traitor.

Jesus Ministers to a Great Multitude
17 And he came down with them and stood on a level place, with a great crowd of his disciples and a great multitude of people from all Judea and Jerusalem and the seacoast of Tyre and Sidon, 18 who came to hear him and to be healed of their diseases. And those who were troubled with unclean spirits were cured. 19 And all the crowd sought to touch him, for power came out from him and healed them all.