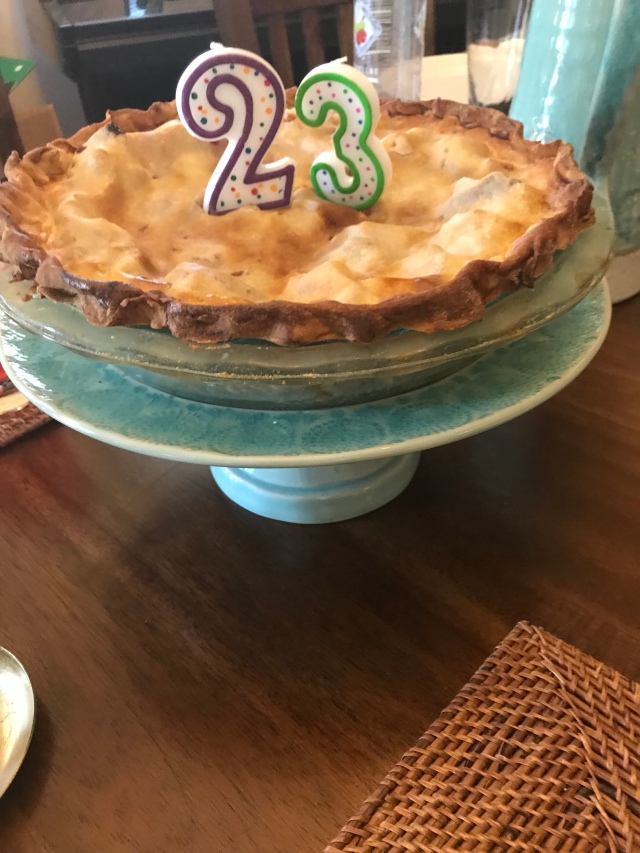 I learned to bake pie from my husbands’s grandma (Bapoo). When we walked into Bapoo’s home, we were readily engulfed in the aroma of fresh baked apricot or marionberry pie. Her warm greeting was part of this pleasant atmosphere. In this passage, Paul emphasized his commission to spread the fragrance of Christ everywhere. It was the personal “knowing” of his Savior that equipped Paul for the task. He understood that to those being saved, he was as welcome as fresh baked pie. He also understood that to those who were perishing (rejecting the Savior), he was as undesirable as a rotting corpse. Since he was not into “sales” but spoke sincerely as one being “in” Christ, his message was not accepted or rejected based on charisma but based on the personal, eternal choices of his hearers. – Teresa

14 But thanks be to God, who in Christ always leads us in triumphal procession, and through us spreads the fragrance of the knowledge of him everywhere. 15 For we are the aroma of Christ to God among those who are being saved and among those who are perishing, 16 to one a fragrance from death to death, to the other a fragrance from life to life. Who is sufficient for these things? 17 For we are not, like so many, peddlers of God’s word, but as men of sincerity, as commissioned by God, in the sight of God we speak in Christ.